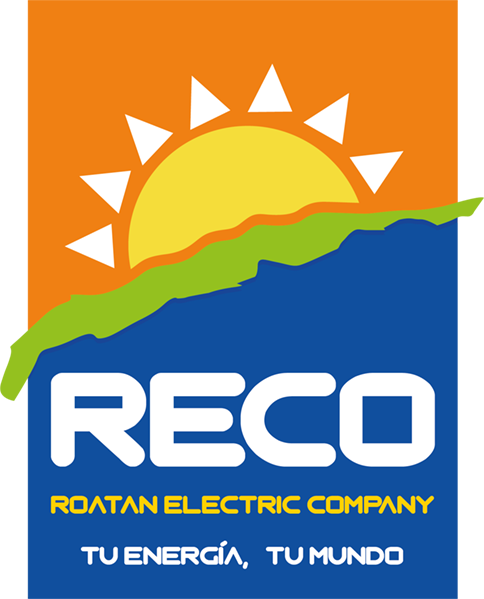 Prosperity follows electricity, and one small island is taking steps to develop its economy and energy supply system by adopting the latest renewable energy storage solutions.

Roatan, a small island off the coast of Honduras in Central America, is extraordinarily beautiful, with sandy beaches that stretch for miles and offshore coral reefs, the quintessential tropical paradise. Tourists come by the thousands to sunbathe and swim in the crystal clear waters around Roatan.

However, the sun-drenched beaches and cruise ships are only one side of the story. Until relatively recently, the island struggled to keep pace with its growing popularity due to its unreliable power supply. A change of ownership at Roatan Electric Company (RECO), the island's private electricity company, brought with it a vision of a better future.

The island's power supply improved significantly in 2017 after RECO contracted Wärtsilä to install four 7MW Wärtsilä 34SG-LPG propane-powered Wärtsilä 34SG-LPG engines. The introduction of these power generation assets gave the island the confidence and ability to upgrade and add to the island's aging infrastructure, from street lighting to roads. Flexible power generation solutions, such as these 34SG-LPG engines, provide the required operational flexibility (including fast start and fast charging capabilities) and accelerate the transition to a future powered by 100% renewable energy sources.

The next stage in Roatan's energy journey is about to begin, as RECO has shifted its focus to improving the reliability of the island's electricity supply using current technology. It also portends a clear path to switch to renewables and improve grid stability all at the same time.

RECO again turned to Wärtsilä for the final piece of the puzzle: a 10MW / 26 MWh energy storage solution that includes Wärtsilä's GEMS energy management system. These smart storage solutions will be installed alongside the island's southern solar farm and are the key to bringing reliability to the island's electricity supply and further integrating renewable resources.

The energy storage system is essentially a highly sophisticated battery that will be charged by the solar power plants. Electricity stored from solar power will mean that existing generators will no longer be needed to provide "spinning reserve".

The spinning reserve is when the engines are idle on standby in case they need to produce additional power for the grid. With the battery system covering the spinning reserve, the diesel engines will be able to shut down, saving costly fuel, reducing emissions and eventually being able to retire completely.

All of the island's energy resources will be controlled by GEMS from day one, including 10 MW of batteries, the south solar farm and propane engines. GEMS will seamlessly optimize the delivery of a reliable supply of electricity across the island, which fluctuates widely as the island's population more than doubles from 60,000 to more than 160,000 during the holiday season. When the solar farm on the north side is complete, it will also be integrated into the GEMS-controlled portfolio.

Because GEMS allows for the integration of component-neutral technology, any future resources that RECO decides to install on the island and accompany the utility on its renewable journey can be seamlessly incorporated.

As part of the contract, Wärtsilä is providing training to RECO to operate the GEMS control system. The system is designed to be user-friendly for operators and owners and is preconfigured to ensure that it can respond to a variety of scenarios that the utility may possibly encounter.

Christian WangWärtsilä's lead software engineer on the project explains: “We do a lot of simulations. We create a 'digital twin' of the island and run various load / availability scenarios to ensure that the system responds correctly in those cases. The system is configured for 90% of the possible scenarios, and we can adjust the parameters remotely and make the corrections ”.

Such scenarios ensure that the system maximizes the optimal use of resources and the best use of the battery. It also ensures quick recovery in the event of an asset suddenly disconnected or from an unexpected event, such as a tree branch falling on a power line.

Data is key, as load forecasting ensures that increasingly accurate modeling improves system performance. Weather forecast data is entered so that the system can anticipate likely renewable production and adjust the performance of various assets accordingly.

Specifically, the system creates precise daily charge patterns and schedules the motors on and off to match likely renewable production, while also (de) charging the battery in an optimal way.

Cassandra Heller, The Business Development Manager of the Wärtsilä Energy Storage and Optimization team adds: “The fact that we can adjust the parameters and correct the system was an important point for the customer, both in the contract and in the service agreement to long term. It was very important to have a user-friendly system for the operators. Having our experience at hand puts the customer at ease.

The impact of having an abundant and reliable electricity supply on Roatan cannot be overstated, not only for the islanders, but also for the economy. The island has some of the best diving and fishing in the world and is already a favorite destination for U.S. cruise ships and the site of the Caribbean Cup, an international deep-sea diving competition.

Now that the roads are paved, streetlights installed and there is less threat of blackout, the potential to attract more tourists and more investment from the resorts increases. With Wärtsilä's smart energy storage technology and controls, along with flexible, fast-acting LPG power generation, RECO can continue to support the island's development with sustainable electricity, integrating more renewable energy sources as time goes on. To this end, RECO is ready to meet future electricity needs, as it had the foresight to plan for the need to increase supply as part of its overhaul project.

"Roatan's model is one that other Caribbean islands, equally blessed with abundant renewable resources, can learn from. The combination of asset optimization and control with renewables and energy storage allows the islands to move from underdevelopment to state-of-the-art technology in sync with others around the world," said Matthew Harper, COO of Roatan Electric Company.